A downloadable game for Windows and Linux

Read the in-game manual by pressing F1, the game is quite complex!

The vi-controls are now available, and you can also simulate a middle click by using CTRL+left click!

This is a Youtube video of my misadventures, hope it's fun to watch, even if you can barely hear me towards the end through the damaged hull :D

I'm back to this, and ran into more deadends :D

First, I destroyed the nest that was at the coordinates in the second radio message, but nothing happened as a result. I tried roaming around, and found a station. I think I cleared out all the enemies at the station, but then nothing happened - my crew is just roaming aimlessly in there, and I'm not sure what to do. What's the objective in the stations?

More specifically, I noticed that I might need to destroy the enemy "commander" - might it have been an epsilon that my crew says "Fuck, we haven't seen this one before"? We killed it and nothing happened :(

Hmm, a game about controlling a crew and having them work together in order to pilot a submarine in the oceans of Europa. I see you took some inspiration from Barotrauma ;)

Indeed, was waiting for someone to get the reference!

Linux build is up!

Wow, this game is something else. In spite of a rather tedious and steep learning curve, its concept and look made me really want to play it. Unfortunately, I have neither mouse nor numpad. I was getting by fine until disembarking, but it seems like without mouse I literally can't move :D

It gives me a very strong X-COM vibe. (And X-COM is awesome.)

I have lots of questions:
- Is the version with alternate control anywhere in sight?

- Am I supposed to see my current coordinates somewhere? Those base coordinates don't seem very meaningful if I can't locate myself in the same coordinate system.

- Is the information regarding torpedo/shock range/damage, enemy stats, etc. meant to be in-game, or the player is meant to be somewhat in the dark on this account?

Also, was just wondering, how many people were working on this? Did you build it on top of some preexisting platform? What I've played so far was beyond impressive.

Nice to hear you liked the game!

- It will take me little time to add special controls, so I will upload it in a few moments. A mouse (or mousepad) will still be neccesary, but not the middle click button.

- I wanted to add it to the targeting system, kind of like an in-depth monster analysis, but ran out of time :P

I coded it myself, using the libtcod library and the SoLoud library (an awesome, yet very rare to see used, sound library. It's what powers the voice synthesis!)

There we go, update is uploaded

Wow thank you for the quick turnaround! Also, this is incredible amount of work for a week - amazing job!

I finally got to destroy some nests :D  The way that mode is structured is incredible - the real-timesness gives a sense of urgency, but pausing still lets you pick tactics. It's more dynamic, and in some ways plays even better, than X-COM.

The downside was that after destroying 4 nests, I didn't know what to do - going next to the bases did not let me disembark into them, and I was receiving no new radio messages. So it felt like my submarine lost its purpose xD  (Maybe the second radio message I missed had some clues? More on that below)

Bugs I spotted (I'm playing on Wine, but I don't think it would introduce this kinds of issues):

- Alien nests don't disappear from the sonar after I destroy them, and keep suggesting to disembark

- It's rather tedious to switch between different systems on the submarine - it would speed me up a lot to use key bindings. Although I understand that you probably don't want to overload the player with 20 different hotkeys either :)

- AI starts doing weird things when your crew members die, as if it doesn't realize they're dead - like hanging around them and ignoring the rest of my team

- No matter how much the enemies damage my submarine, it doesn't sink, and all the systems seem to work anyway. Is it meant to be this sturdy?

Yep! That radio message tells you what to do next! I will upload a version with the radio fixed (and also fix the constant disembark prompt).

Indeed, getting your submarine damaged cannot directly make you lose the game, it only makes the submarine way slower and harder to maneouver. I wanted to write some kind of submarine destruction (for example, the batteries exploding), but time was running low.

(For now atleast) I won't fix some of the harder bugs (specially the AIs), as I'm thinking of continuing this project further, which will need a lot of code rewrite anyways ;)

Did you make the alien nests harder by any chance? I got 3 golems on the very first nest, and just generally (seemingly) more enemies on each.

That aside, my submarine came to a complete halt after sustaining some extensive damage. Even though my batteries are full, the current speed bar in the maneuvering system is just shimmering at one block:

Is that intended? I feel like it has to trigger a loss, otherwise the player is just stuck in limbo :)

Well, more or less, if you get fully flooded then pumping the water out is a very long process, so it's a "soft-game over", specially if you are being attacked.

There we go! Thanks for all the feedback, it's incredible how many bugs I managed to miss :P

Honestly I'd rather call incredible how much stuff you managed to implement. The larger the scope, the more opportunities to make bugs :)

Will dive back in later this week! 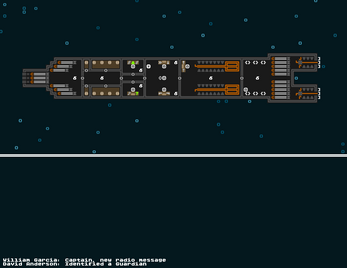 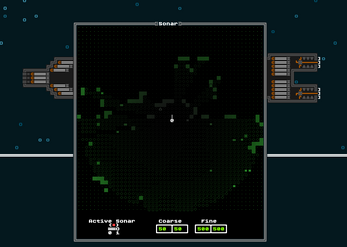 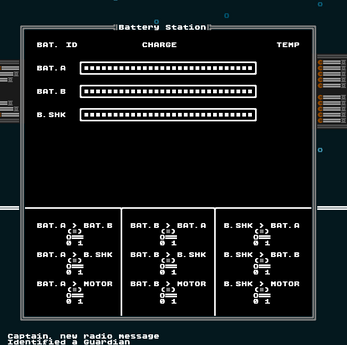 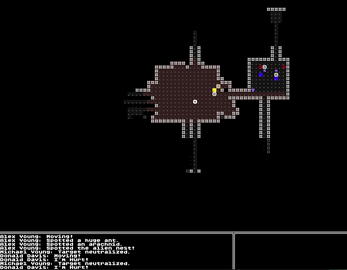